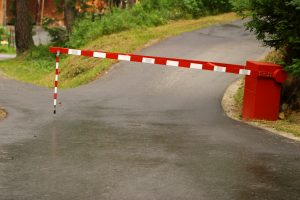 On Feb. 24, 2020, the U.S. Citizenship and Immigration Services (USCIS) implemented the Inadmissibility on Public Charge Grounds final rule nationwide. On January 27, 2020, the U.S. Supreme Court granted the Trump administration’s emergency request to start enforcing the immigration rule, a decision that nullified an order by a federal appeals court to block the immigration restrictions while litigation was ongoing.

The final USCIS rule is intended to enforce provisions of U.S. immigration law related to the public charge ground of inadmissibility by preventing immigrants from obtaining residency or admission to the U.S. if they use public-assistance programs or might use them in the future.

Generally, under section 212(a)(4) of the Immigration and Nationality Act of 1952 (the “INA,” or referred to as “the Act”), as amended, 8 U.S.C. 1182(a)(4)), an immigrant who is likely to become a public charge at any time in the future is inadmissible and ineligible and, therefore, ineligible for admission or adjustment of status. The final rule clarifies the factors considered when determining whether someone is “likely at any time in the future to become a public charge”.

For those immigrants in the United States who (1) have a nonimmigrant visa and (2) seek to extend their stay in the same nonimmigrant classification or to change their status to a different nonimmigrant classification, the final rule also now requires those individuals to demonstrate, as a condition of approval, that since obtaining the status they seek to extend or change, the person has not received public benefits for more than a total of 12 months within any 36-month period.

Section 212(a)(4) of the INA (8 U.S.C. § 1182(a)(4)): “Any alien who, in the opinion of the consular officer at the time of application for a visa, or in the opinion of the Attorney General at the time of application for admission or adjustment of status, is likely at any time to become a public charge is inadmissible[…] In determining whether an alien is excludable under this paragraph, the consular officer or the Attorney General shall at a minimum consider the alien’s-(I) age;  (II) health; (III) family status; (IV) assets, resources, and financial status; and (V) education and skills . . . .”

Section 214(a)(1) of the INA (8 U.S.C. § 1184(a)(1)): “The admission to the United States of any alien as a nonimmigrant shall be for such time and under such conditions as the Attorney General may by regulations prescribe, including when he deems necessary the giving of a bond with sufficient surety in such sum and containing such conditions as the Attorney General shall prescribe, to insure that at the expiration of such time or upon failure to maintain the status under which he was admitted, or to maintain any status subsequently acquired under section 1258 of this title, such alien will depart from the United States.”

Section 248(a) of the INA  (8 U.S.C. § 1258(a)): “The Secretary of Homeland Security may, under such conditions as he may prescribe, authorize a change from any nonimmigrant classification to any other nonimmigrant classification in the case of any alien lawfully admitted to the United States as a nonimmigrant who is continuing to maintain that status and who is not inadmissible under section 1182(a)(9)(B)(i) of this title (or whose inadmissibility under such section is waived under section 1182(a)(9)(B)(v) of this title) . . . .”

8 U.S.C. § 1601(1): “Self-sufficiency has been a basic principle of United States immigration law since this country’s earliest immigration statutes.”

8 U.S.C. § 1601(2)(A): “It continues to be the immigration policy of the United States that – aliens within the Nation’s borders not depend on public resources to meet their needs, but rather rely on their own capabilities and the resources of their families, their sponsors, and private organizations.”

If you have questions regarding recent changes to income-based restrictions on immigration policy or your immigration status as a result of the Inadmissibility on Public Charge Grounds final rule, consider speaking with an attorney to review your individual situation. If you would like to schedule an initial consult regarding your immigration needs, call 704-755-5254 or send an email to info@acslawnc.com.